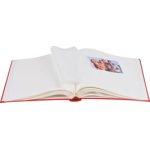 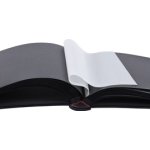 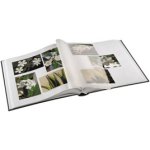 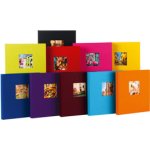 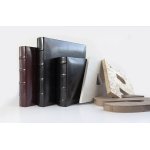 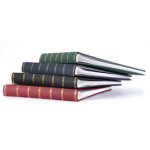 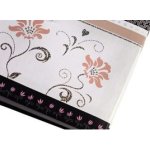 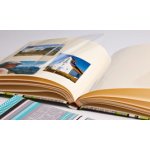 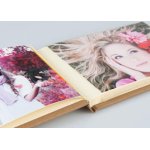 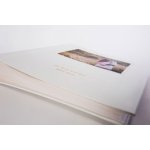 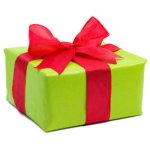 A photo album as optimal presentation space for favorite images

Many images sadly exist. Once full recorded euphoria they produce dust batches in dark drawers or shoeboxes to himself. Or it does not even create the digital version on disk or memory card to the printed image. It has beautiful pictures but deserves to be adequately presented.

A photo album enticed to take it again and again like in the hand and to see the photos it contains. No picture gets so into oblivion. Whether you yourself like revels with a photo album in memories or photos would like to introduce someone - Photo albums ensuring a more orderly and clear presentation of the photographs, rather than chaos and confusion in shoebox & Co. In addition, they protect the valuable mementos of course appropriate. You can not get dusty, stains also have no chance and are the images once glued or inserted in the photo album, no more dog-ears may occur.

With Photo Album, different adhesive options to choose. Adhesive versions are different ways to insert the images. Firstly, there is the self-adhesive version, which is equipped with pressure-sensitive adhesive sheets. Behind a transparent protective film, the images are stuck here. They adhere perfectly to the specific substrate and are fully protected by the transparent film.

Then there are the photo albums for conventional gluing. Using photo corners can be glued here on the pages of the images. Glassine interleaves ensure that the pages can not stick together and the photos are even better protected.

A photo album with the conventional gluing of images offers the possibility that the pages can also label well. So data, comments or amusing anecdotes can be added to the pasted in pictures. Even small stickers can be added as an additional decoration yet. The result is a totally personalized photo album whose Browse anew fun even after many years again and again, because the memories were detained particularly lively. It should be noted that there are photo albums with black and white pages.

Also photo albums with black pages are available. Most will be automatically resorted to the white side variant, but also black and has his own charm. Those who would like provided with handwritten comments on the pages his pictures, can similar to silver pins in this case to grab. Black side can the pictures also something particularly artistic, almost impart dramatic. If on a particular artistic presentation are important considerations, photo albums with black pages are the right choice. Pictures in black and white gain more depth on a dark background. But also very strong and vivid colors may act quite differently, if the picture is presented on black paper. They settle significantly stronger and more intense by the black background, making images appear sometimes living in their broadcast.

A high-quality leather-bound photo album eyecatcher in every shelf

Who selects Photo Album ball, it makes already as such an eye-catcher on the shelf, even before it brings forth to scroll. For example, when choosing a high-quality leather album drops. The heavy, high-quality appearance and for the most imposing size of this type of photo album makes an impression and evaluates directly each shelf on. For aesthetes these noble and classical photo albums are just the right choice.

Photo albums are available from simple to playful

What the design of photo albums is concerned practically anything is possible. Not only photo albums of leather to choose from, including albums with linen or soft cover are very popular and give the book a very special feel. Embossed Photo albums are already preparing the swipe joy and delight simply by a tasteful and elegant casing. Contrasting are also plenty of options. Classic black is offered, and cheerfully colorful and intense summer colors. The covers can be printed as individual and creative. Animals and landscape motifs include this as well as to choose floral prints.

Very nice it also works if the photo album cover is selected to match the photo opportunities. Especially in the holiday a lot of pictures are usually made, so that quite a whole photo album can fill it. It would, for example, suitable to choose a cover with holiday motif, for example, has a beach and seashell print, postcards, or well-known attractions. Perhaps there is even a photo album, whose motive is specifically geared to their own holiday destination, for example in the form of the Eiffel Tower in Paris or the Egyptian pyramids as a motive. Even for couples who want to archive common, romantic images, to photo albums found with matching cover that reproduces the atmosphere and charm of the pictures. So you already know from the outside what to expect inside the album. And of course Photo albums with particularly child-friendly designs and products. So if you want to archive the best, funniest and sweetest snapshots of small babies, may have recourse to a children's photo album.

Photo albums are also a wonderful gift idea for beloved people. It does not matter if the album is "filled" or empty. Empty example, it may be given away when you know that at the recipient shortly a special event is pending, to be surely held in many images, it is the construction, the birth of a child or a holiday. With the new photo album the perfect presentation option is immediately available. Just as well, given away filled with pictures of course the album already. For example when the grandparents a collection of pictures of the enrollment of the grandson to be paid or these mementos are to receive from the last family vacation. The ways to make someone a photo album a pleasure are endless and your creativity in designing are no limits.

Photo albums help to get the joy of the pictures

With some order and structure in their own photo collection pleasure in the images is maintained for longer. No one wants to work through pile and hills on photos, searching for a particular image. Photo albums are a wonderful and moreover nice way to archive the best images. Photo albums can be created by themes or years, so that you always know which album has to be taken at hand, you want to look at certain pictures. The beautifully arranged images are just pretty to look at and make enjoy looking at.