The most popular photo locations in the world!

Pictures are everywhere! They almost always get our attention: whether it's on Instagram, at Pinterest, in travel reports or in great photo reportages that make us enthusiastic and curious. Curious about the countries, the people, the landscapes and of course about the photo locations. There is so much to discover in this world. Maybe you are looking for special photo locations for your next trip, for unique photos and memories? Then you will find a small selection here at Fotoalben-Discount!

Photographing while travelling is the ideal way to capture great travel moments and memories forever. It becomes especially beautiful when these photos are taken at really unusual or particularly beautiful photo locations. In our time, in which almost everyone likes to take photos with their mobile phone, we have the possibility to take a lot of great photos without any problems.

It is actually quite easy to come across new and impressive photo locations. Because to find really new places or motifs, you just have to walk through the world with open eyes and curiosity. So every walk, maybe cross-country and not along the familiar paths, can become a photo adventure. Finding photo locations in your home country has a very special charm. But sometimes it must be a special hotspot. A photo location that is grandiose, reminiscent of adventure and awakens a longing for the new and unknown. Here we have selected a few truly extraordinary photo locations for you, which may also arouse your longing and curiosity.

Photo locations in America and Asia!

More than 10,000 square kilometres in size, making it the largest salt pan in the world: Salar de Uyuni in Bolivia. One of the top photo locations in America. When visiting this natural photo location you should decide whether you would rather see the largest salt desert in the world or the largest natural mirror in the world. The latter is only possible if it has rained sufficiently. And since Bolivia is in winter from July to November, the Salar de Uyuni is dried out during these months. Then the salt lake looks like a huge white-blue shining desert and even then it is a photo location that can become a place of longing. During the rainy season (in the Bolivian summer) the famous reflection is created by the fact that the white ground is covered with several centimetres of water and the wide sky is reflected on the surface of the water. 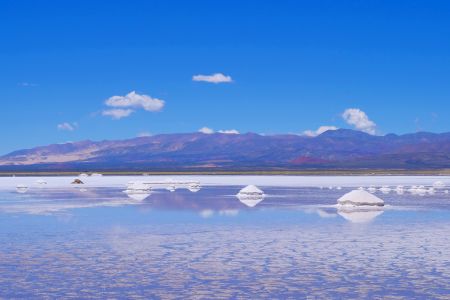 In Arizona, in the southwest of the United States, we find the legendary Antelope Canyon. It was formed by Antelope Creek, an approximately 30 km long stream that rarely flows into the Mormon Ridges after torrential rain in its original area. A photo location that hasn't really achieved fame in this country yet, but has become a cool top photo location for real photo fans. The naturally formed rock formations look like they came from another planet. Bizarre, fascinating and incredibly impressive in shape, colour and size! 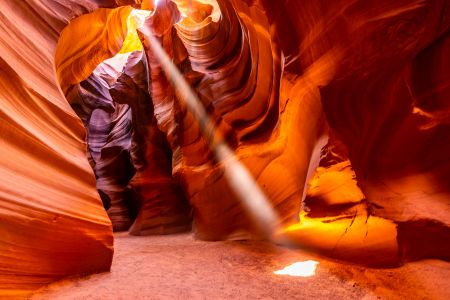 This huge building in Hong Kong, also known as the "Monster Building", is incredibly large even by Asian standards. And it is its size that makes it so impressive. The Yick Cheong Building consists of five interconnected buildings. The housing estate was built in the 1960s. The five blocks house 2,243 flats and can accommodate 10,000 people. One of the most impressive photo locations of the Asian mega-cities. A must for photo fans from all over the world! 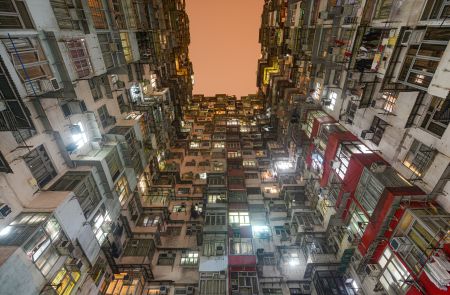 Really extravagant photo locations are only far away? No, because Europe also offers some real highlights. Cappadocia, for example, is a landscape in Central Anatolia in Turkey. The unique complex of rock formations has been included in the UNESCO World Heritage List. The most famous place in Cappadocia is Göreme. This unusual landscape is one of the photo locations in Turkey that is really something very special. The place with its cave architecture carved out of the soft tuff and a multitude of underground cities has a magical effect. When the hot air balloons fly over this extraordinary landscape, it is clear why Cappadocia is one of the most famous photo locations in the world. 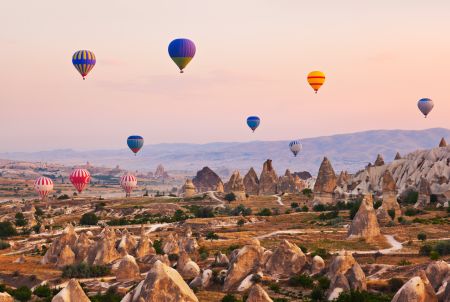 In the small village of Benagil in the Algarve you will find probably the most impressive cave in Portugal. With a hole in the ceiling it makes everything underneath shine. The incidence of light - whether sun or moon - and the resulting effects on the white sand and the clear water make this small place one of the most spectacular photo locations in Portugal. 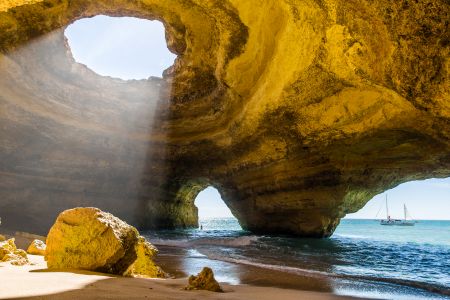 Every holiday is unfortunately coming to an end. But in our memories these moments persist. We appreciate and love them. So why not keep the visualised memory captured in a photo. With the right picture frames, your pictures of the best photo locations will be brought back to life. Meanwhile, a photo album or photo box offers storage space for many memories.